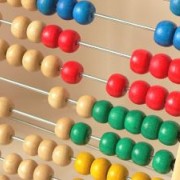 Here we are at the start of a new academic year with the honour, responsibility, challenge and pleasure of “shining out like bright stars among a warped and crooked generation, holding out the Word of life”!

Whether you are a seasoned student with a long list of successes and failures, or a freshman, feeling that mix of excitement and nervousness over the possibility of getting involved with the GBU, I want to ask you the question, “How do you  easure the success of your evangelistic efforts?” How do you establish whether the effort made has achieved its goal or whether you have failed and so will have to adopt a completely different method and approach next time?

Perhaps you could come up with a game of awarding points, three for converts, two for those interested and one for those reached.

I have been frustrated countless times because my score was too low. There are certainly many reasons why an approach like this to evangelism is wrong. Rather than trying to list them, I invite you to look at the book of the prophet Jonah, as we have done recently in Naples together with some members of GBU Potenza.

Read the whole book – it only takes a few minutes – and afterwards ask yourselves, “Who was God’s work focused on?”

It is surprising to note that in a book that talks about the salvation of more than 120 thousand people, God’s attention seems to be mainly focused on the individual who had been chosen to deliver a message.

In contrast to the other prophetic books, the book of Jonah gives very little attention to the message the prophet was called to proclaim. And the receivers
of the message themselves do little more than appear. Jonah, on the other hand is called, corrected, used, rebuked and accompanied by God throughout the whole story. The whole book is devoted to his transformation (we could also say conversion), albeit an incomplete one.

God does not need us to bring His message to the students in our universities, but He has chosen us because He wants to complete a work in us.

This year, try to evaluate what you have learned about God after every effort you’ve made to evangelise, and leave the rest faithfully in His hands!