Listen!
You are here: Home1 / Listen!2 / National Student Training Conference3 / A JOY THAT SPRINGS FORTH EVEN IN SUFFERING 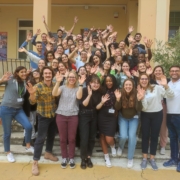 As someone who studies Primary Education (ed: education = training), the word “training,” has a special value.

Its meaning is not summed up in the systematic transmission of knowledge, but indicates a desire to render someone competent. In other words, they are able to rework and apply that same knowledge that they learnt in the context of reality. This is possible only if there is a social network that provides those being trained, stimuli to which they can respond.

This year’s Student Leaders Training meant all of the above to me and even more. It was  more than a context where students from all over Italy gathered for three days in Florence to listen to teaching, study the Bible together and participate in various  seminars. Here I even had the opportunity to lead an inductive Bible study, a prayer meeting, as well as planninng events and meetings for the new GBU students and to share GBU with university students in Florence itself.

For the first time as a coordinator, after years of participation in the GBU, I felt that I was an irreplaceable part of a project that has Love as its engine and People’s Lives as its goal.

In his second letter to Timothy, Paul speaks as a father who, shortly before his death, addresses his son. The very one who had been the author of massacres, violence and persecution of Christians, after meeting Jesus, finds himself writing in prison, abandoned by all and condemned to death because of his faith in Him.

An absurd decision in the eyes of many, but not to his own who saw joy flowing from his suffering. With his life, until his last breath, Paul had in fact led many souls to receive the salvation that comes from faith in the One who first gave His life and rose again to give them Life forever.

Reading and studying his words together with other students who, like me, received that same news and chose to believe and live for this same reality – I felt like the recipient,  together with Timothy, of that same letter.

During our Student Leaders Training we coordinators were confronted with an example of faith that laid bare our fears, insecurities and worries that anyone, in living to the fullest an ideal that goes against the grain, faces sooner or later, and then removed them. Together we understood the deep meaning of the ministry we believe has been entrusted to each of us Christian students within the GBU.

I realized how much courage and strength it can take to consistently maintain this life choice. At the same time, I realized even more deeply how worthwhile it is to live it out fully so that more and more people will know the Love and grace that the God of the Bible has shown, through the sacrifice of His Son Jesus, in order to have a personal relationship with each of them.

Now we are ready to begin again, each where he or she lives in Italy. This time, however, with the knowledge that everything we do in our own small way has a common goal and a joy that springs even in suffering. 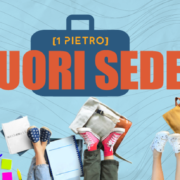