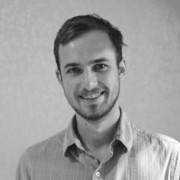 Zach is a Kiwi (New Zealander); he is married to Alice Trinari from Perugia.

Zach was born in a christian family, his mother is a pastor in the New Zealand Baptist denomination. In New Zealand he was involved with youth ministry and worship ministry for five years.
He felt the call to cross cultural mission when he was 13. In 2012 he went to Urbana Missions Conference where he met Rene and Sarah Breuel (Sarah was GBU Staff in Rome at the time) and Susanne Koch (Staff IFES Europe). He felt God calling him to Italy with IFES InterAction. After finishing his studies (a Bachelor of Arts in Development Studies and Latin) and working for 2 years in New Zealand, he arrived in Italy September 2015. He worked for GBU Siena under Giovanni Donato for 2 years.

After a period in New Zealand and his marriage with Alice, they have returned to Italy and he has begun working with GBU Pisa from September 2018.