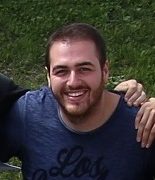 Domenico is Sicilian. He was born in July 1992 in Erice, but has always lived in Marsala. He spent his university years in Siena, where he discovered the GBU and began serving with the local group, proclaiming the gospel to other students in Siena. Having now returned to live in Sicily, since January 2017 Domenico has been blessed to continue serving the Lord Jesus with the GBU in Sicilian universities. He is also involved in the ministry of his local church in Marsala.

Domenico is an important piece of the puzzle that is our Sicily Project, through which we would like to see a GBU group in every university in Sicily in the near future. We need a member of staff that can meet with churches, introduce and inform about the GBU and its vision but that can also regularly visit the local groups, encouraging and training them.

Do you want to support the contract of Domenico Campo?